We use cookies on our website to give you the best service possible. By using our services, you agree to our use of cookies.
< Back
Journal/Pandelis Diamantides 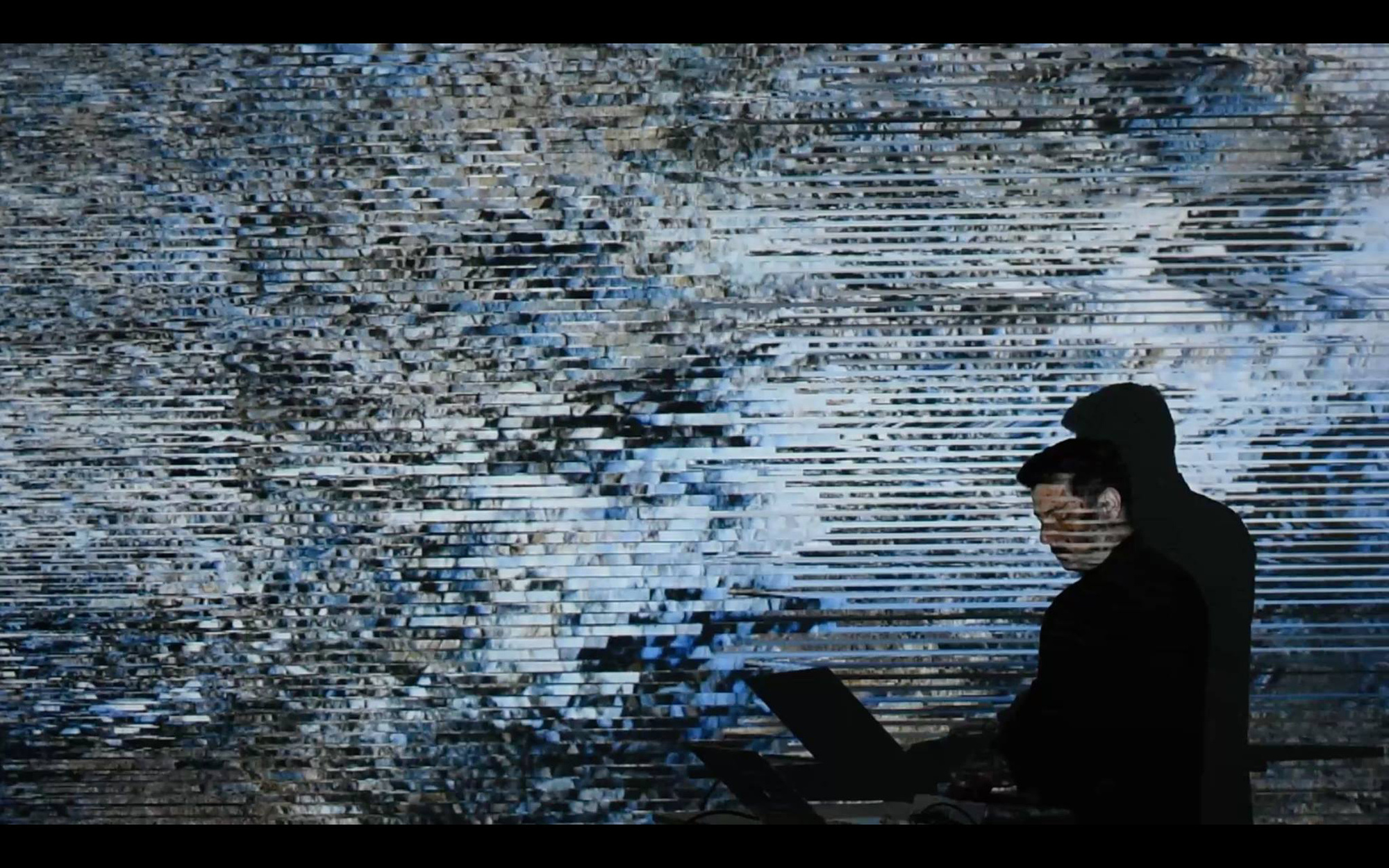 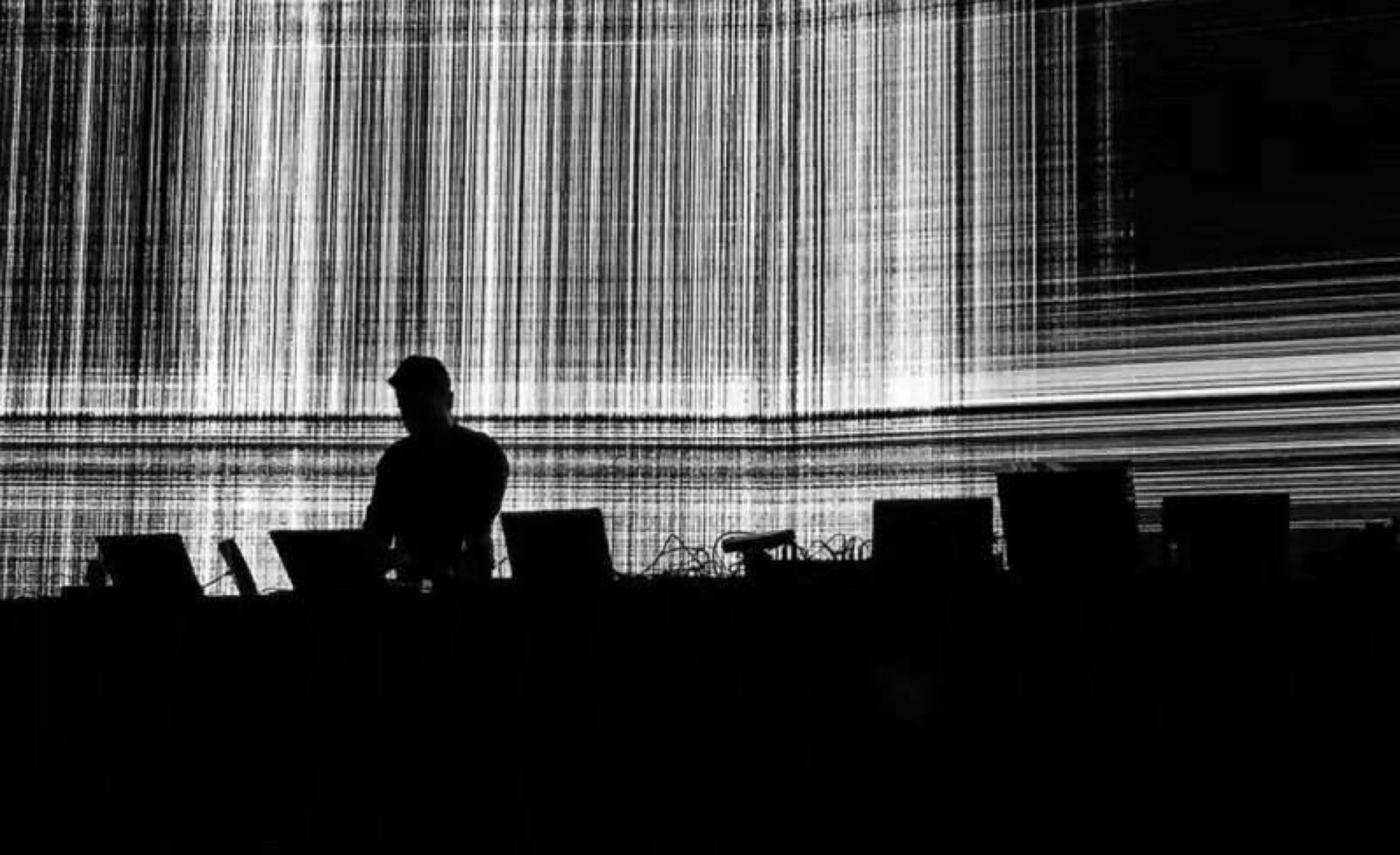 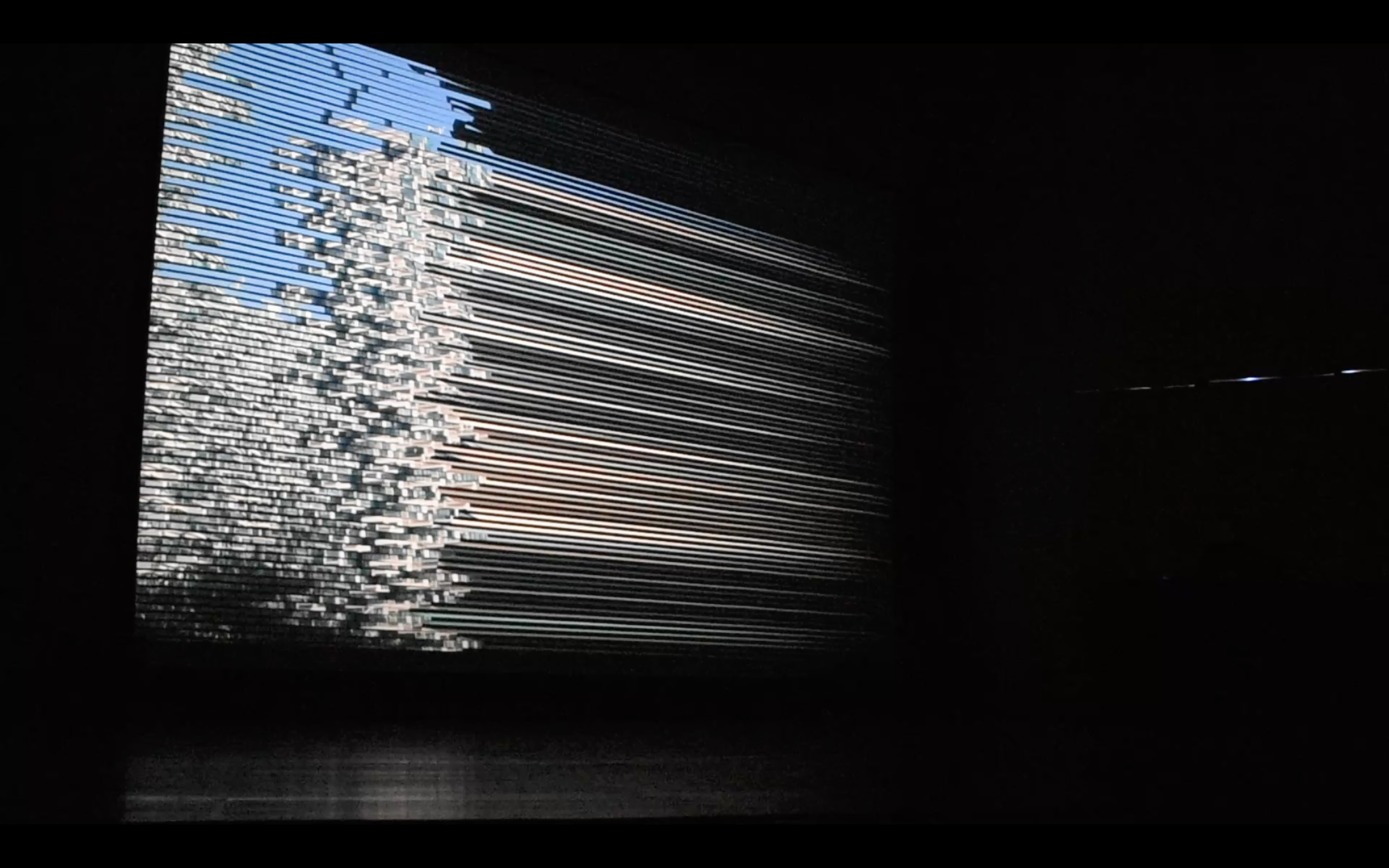 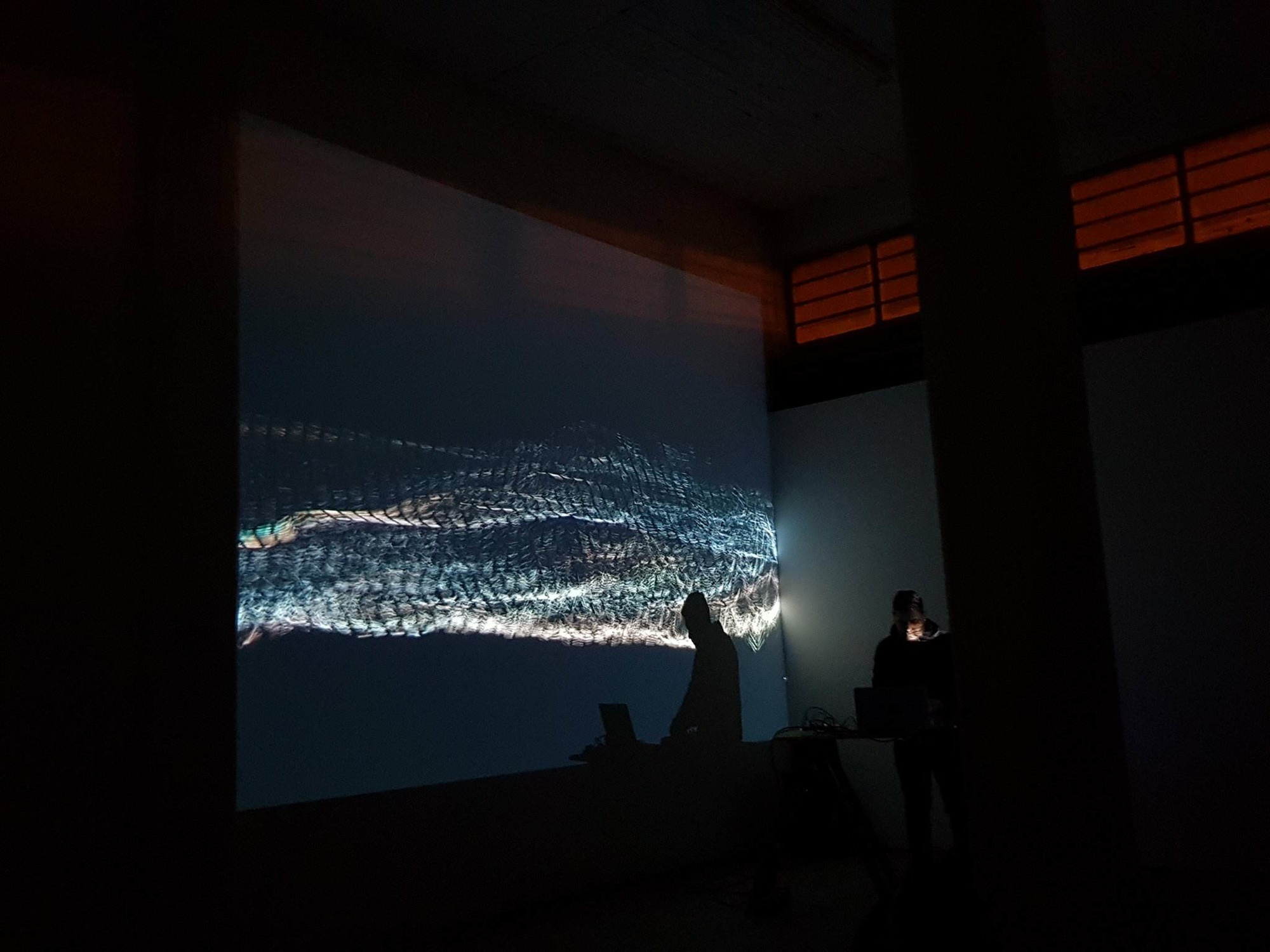 On April 11 your new album “Go Back to Hiding in the Shadows” will be released, right before the performance at Trippen Concept Store on April 13.
Could you tell me a little about the album and the upcoming release?

“Go Back to Hiding in the Shadows” is an audiovisual album derived by the performance with the same title. The performance was premiered at the International Film Festival Rotterdam in January 2018 and has been on tour since, with performances in festivals such as Retune [DE], Oddstream [NL], Patchlab [PL], ADAF [GR] and Fotonica [IT] to name a few. The album consists of audiovisual compositions, sound and music compositions along with digital stills and art prints. The prime material of the work is collected around the Troodos mountain range on the island of Cyprus in Eastern Mediterranean and consists of deconstructed human voices, physical instruments and field recordings dissolved in the imagery of photographs, videos and processed visual material. This material was processed algorithmically utilising custom software that takes advantage of generative art techniques to expand on my aesthetic objectives as defined by the Microseq project during the last few years.


"I always get inspired by the atmosphere of the city and her ability to host temporary autonomous zones, the vibrant art scene but also the openness of the people. For me art and music is an experience or nothing at all."


It has been a while since your last album release “False Awakenings” in 2015. What kept you busy in between and how this influenced the process that led to “Go Back to Hiding in the Shadows”?

Right after the release of “False Awakenings” I started travelling a lot for performances and projects in Europe, Asia and the US. Next to my music, sound design and audiovisual performances I was working as a sound artist/audio programmer on projects such as Mutual Wave Machine (Matthias Oostrik, Suzanne Dikker, Marina Abramovic Institute), ANIMA (Frouke ten Felden, Onformative, Studio Nick Verstand), POLARIS (Children of the Light, Nikki Hock, Studio Nick Verstand) and PLPLPL.PL (Matthias Oostrik, Diederik School). In the meantime, I started spending more time in Nicosia, Cyprus and Athens, Greece. While travelling I had the opportunity to detach myself from any local digital art and music scene but also spend time in the studio without much input that could influence my artistic and personal decisions. All this combined allowed me to rethink my sound and visual work but also what I want to pursue as an individual. The result is an organic audiovisual album that is in itself the result of an organic process. As stated in the text that accompanies the album: “…a narrative of becoming.”

And what about the craft vs. the art?! Are there any specific techniques you use to create your work?

“Go Back to Hiding in the Shadows” is conceived first as a live audiovisual performance. The work is created from the perspective of a stage. After many performances, I started thinking about how to abstract the compositions, record and render in the studio what was taking place during the live performance. To create an artwork that is at the same time fluid and open to improvisation but also structured in a way that can be reproduced in the studio, I use generative and algorithmic techniques. I design and develop custom software that allows me to achieve the aesthetic output I envision. It was a long and difficult process that resulted in a series of works that are now going to be released collectively as an album.

During the last years, you have to spend extended periods of time working in Berlin. What keeps you returning here?

Berlin reminds me in many ways another city I call home. That is Athens. I always get inspired by the atmosphere of the city and her ability to host temporary autonomous zones, the vibrant art scene but also the openness of the people. For me, art and music is an experience or nothing at all. That said, I like experiencing art and music in their intended environments. There is nothing more beautiful wandering the streets of Berlin to the sounds of Einstürzende Neubauten, walking down the avenues listening to Monolake or Modeselektor while visiting museums and galleries with Alva Noto in the headphones.

Talking about music and art… which elements do you find interesting?

I like art that changes me and music that surprises me. I try to stay away from dogmas or restrict my horizon within a scene, movement or direction. I do listen to music that origins from different backgrounds. Authenticity and uniqueness is maybe the most important element. But then again, if it doesn’t blow me away in an instance… I don’t even pay attention anymore. Once an element surprises me, for example, a sound that I’ve never heard before or a mind-bending shape or a colour then I will give time to the work to grow in me and discover more and more layers but it has to left me speechless at first instance. I was recently in Singapore for a project at the I Light Festival and had the opportunity to experience the Minimalism: Space. Light. Object. exhibition at the Art-Science Museum and National Gallery. I think I’ve spent hours staring at the “Void” by Anish Kapoor. In Thailand, I was wandering in the jungle listening to traditional percussive music. I was captured by the complex rhythms but also the directness of the sounds that surprisingly I could be related to the techno beats of Paula Temple.


"Of course all this filtered through my own unique approach since I strongly believe if you don’t carry something unique in your approach there might be no reason creating it in the first place."


What direction would you like to go in the future?

“Go Back to Hiding in the Shadows” concludes the Microseq circle. That is why the album is going to be released under my own name. The albums, “Green” (2011), “False Awakenings” and now “Go Back to Hiding in the Shadows” (2019) are all an exploration of the same aesthetic approach each one of them with emphasis on different aspects of a direct-to-the-point vertical approach to musical composition and interactive visuals. I am now moving towards a broader approach in art and music creation that expands towards more depth but at the same time becomes more approachable in terms of it’s intended audience. Of course, all this filtered through my own unique approach since I strongly believe if you don’t carry something unique in your approach there might be no reason creating it in the first place. I am already working out ideas for a new work that I intend to bring out in about a year and a half.

On April 13, Trippen Concept Store will host an album release performance.
What could we expect?

“Go Back to Hiding in the Shadows” is a live audiovisual performance that went through many iterations. At this moment the performance is in it’s more mature form. Because of the album release, I had to rethink and conclude many fluid parameters and decide what works best. Of course, it’s a live performance and many things are intentionally left to the interpretation of the moment. Every presentation of this artwork is unique and certainly, every location influences the performance. Trippen Concept Store has its own distinct character and the audience that is attracted there will have a direct influence on what I might decide to do - or not - while performing.